DAWCO is proud to announce that 2021 represents our 40th anniversary at the Dupont/SC Johnson (formerly Dow Chemical) plant in Varennes! This plant produces styrofoam insulation boards of various shapes and sizes and is shipped worldwide. They also produce the famous Zyplock packaging bags and containers.

Production runs 24 hours a day. DAWCO’s adventure began in 1981 with the execution of a project on a Vapor Compression System. Following the completion of the construction work, the customer offered DAWCO the opportunity of an annual maintenance contract. Normand Groleau and Jean-Marie Thibault, among others, were then assigned to various maintenance mandates for electrical, control and instrumentation equipment, and this, for nearly 30 years.

In addition to maintenance mandates, DAWCO has contributed to the realization of several construction projects, including the Zyplock plant in 1989. In 2007, Normand’s sons, Francis (also known as “Le Pic”) and Sylvain joined the DAWCO maintenance team. Francis is now assigned to the REM projects, but Sylvain continues to hold the fort at the Styrofoam plant.

A big thank you to the Groleau family for their great contribution to DAWCO’s history! 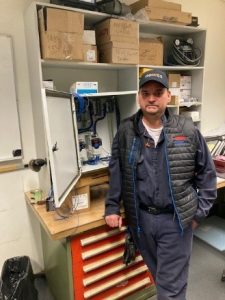 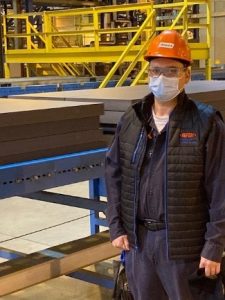